Posted on December 18, 2010 by cocktailmuseum
On October 26, 2010, the Museum of the American Cocktail once again teamed up with Smithsonian Associates to present New Orleans: Legendary Jazz and Cocktail Mecca.  David Wondrich and Philip Greene represented the Museum in discussing the history of Storyville and New Orleans nightlife at the turn of the 20th Century, while the Smithsonian’s John Edward Hasse, curator of American music at the American History Museum, held forth on one of the century’s greatest jazz icons, Louis Armstrong.

Phil started things off with an overview of Storyville, the legalized red light district of New Orleans, circa 1897 to 1917.  He talked about how New Orleans, first before the Civil War, and again at the turn of the century, was one of, if the the, epicenter for entertainment and “the high life” in America, sort of a Las Vegas before there was a Las Vegas.  Phil talked about the grand hotels of the day, the saloons, and of course the legendary parlors, sporting houses, cribs, and other features of Storyville.

Storyville's Basin Street, "Down The Line," Circa 1900 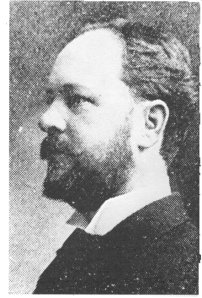 “Alderman Sidney Story. He hated jazz, loved Johan Strauss. It was his ordinance that provided for a restricted red-light district. The fact that it came to be known as ‘Storyville’ in his ‘honor’ was a bitter pill for him.” Storyville, Al Rose, 1974 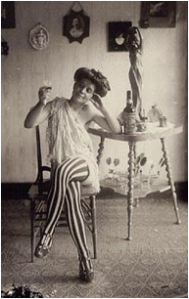 “The most popular hard liquor in Storyville was Raleigh Rye. Striped stockings were expensive and could be afforded only by the high-priced bawds of Basin Street. Opera length, the hose were sold by traveling salesman who, with a tricky demonstration, made them seem run-proof. They cost six dollars a pair and lasted through one or two washings.” Storyville, Al Rose, 1974

Some of the greatest artists in jazz played Storyville, notably King Oliver, Kid Ory, Toney Jackson and Jelly Roll Morton, not to mention the kid they called “Satchelmouth,” better known as Satchmo, the one and only Louis Armstrong.

“The most popular hard liquor in Storyville was Raleigh Rye. Striped stockings were expensive and could be afforded only by the high-priced bawds of Basin Street. Opera length, the hose were sold by traveling salesman who, with a tricky demonstration, made them seem run-proof. They cost six dollars a pair and lasted through one or two washings.” Storyville, Al Rose, 1974

In August, 1917, following the U.S.’ entry into WWI, “Secretary of War Newton Baker issued an order forbidding open prostitution within five miles of an Army cantonment, and a similar ruling was made by Josephus Daniels, Secretary of the Navy, respecting naval establishments.  On October 2, 1917, Mayor Behrman introduced an ordinance in the City Council abolishing Storyville,” which officially closed midnight November 12, 1917. 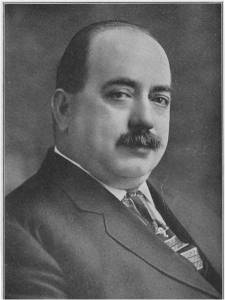 New Orleans Mayor Martin Behrman: "You can make it illegal, but you can't make it unpopular."

Fortunately, New Orleans offered many more entertainment options, such as the great hotels of the day:  The Saint Charles, the Saint Louis, the Monteleone, the Grunewald, and many others.

The world famous Cave nightclub, in the Hotel Grunewald 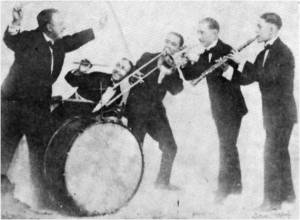 Johnny DeDroit and his Band, who often played at The Cave

And of course, they talked about some of the drinks.  Phil and Dave  started with one of the oldest New Orleans drinks, the Roffignac Cocktail.  Created to honor one of New Orleans’ greatest mayors (1820-1828), it’s a delightful blend of Cognac (we used Martell’s VSOP), raspberry syrup, and seltzer.  Phil noted that when Mayor Roffignac ended his term in 1828, Phil’s great-great-great-great uncle, Paul Mathias Anatole Peychaud, ran for the office, but lost to Denis Prieur.  Four years later, Peychaud’s brother in law, Henri Duvivier Peire, also opposed Prieur, but also lost.  Many researchers often confuse this Peychaud with the creator of cocktail bitters, Antoine Amedee Peychaud, but they were cousins.  Enough about politics, here’s how to make the Roffignac Cocktail.

In an Old Fashioned glass, add ice, ingredients, and stir.

Another drink served to the crowd was the Absinthe Frappe.  Dave and Phil briefly talked about how New Orleans was the mecca of absinthe culture from the late 1830s onward, and how and where it was served.

The St. Charles Hotel, home of the Three Graces Cocktail

David then presented the Three Graces Cocktail, a drink he discovered while researching the life of Alderman Story, for whom Storyville was named.  The drink was one of the house drinks at one of the grandest hotels of the day, the St. Charles Hotel.

And finally, Dave and Phil talked about one of the greatest barmen of the pre-Prohibition era, Henry Ramos, who was best known for the Ramos Gin Fizz.  The Ramos Creole Cocktail, while very similar to the Sazerac, offers a touch of orange and sweetness, owing from the inclusion of Orange Curacao.  Here’s how!

Small lump of sugar crushed in glass, three or four drops of Angostura bitters, four or five drops of Peychaud bitters, Two or three drops of Curacao, one jigger of whiskey; ice, and strain or drink with ice. A dash of Absinthe in the glass before pouring Cocktail in the glass (for aroma).

For more information on the Museum of the American Cocktail, and our seminars and events, please visit www.museumoftheamericancocktail.org

This entry was posted in Uncategorized. Bookmark the permalink.